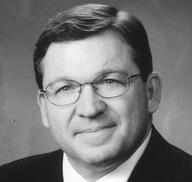 John established the Daniels Law Firm in 2002 after completing his tenure as CEO of St. Luke’s Health System, a major medical center in Sioux City, Iowa. He joined St. Luke’s in 1991 as in-house counsel and became CEO in 1996. John received his undergraduate degree from Iowa State University and his MBA and law degrees from the University of Iowa. He was admitted to the Iowa bar in 1976 and became an attorney and partner in the firm of Corbett, Anderson, Corbett and Daniels in Sioux City, before joining St. Luke’s. While at the Corbett, Anderson firm, John practiced primarily in real estate title examination and transactions law along with health law as lead counsel for St. Luke’s. 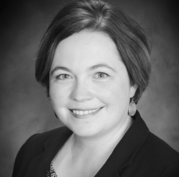 Ellen joined her father in practice in 2014, at which point the name of the firm was changed to Daniels Osborn Law Firm.  Ellen is a graduate of Briar Cliff College and the Univeristy of Iowa College of Law.  Ellen previously practiced with firms in in Des Moines, Iowa and Fresno, California, focusing on general civil litigation and education law.